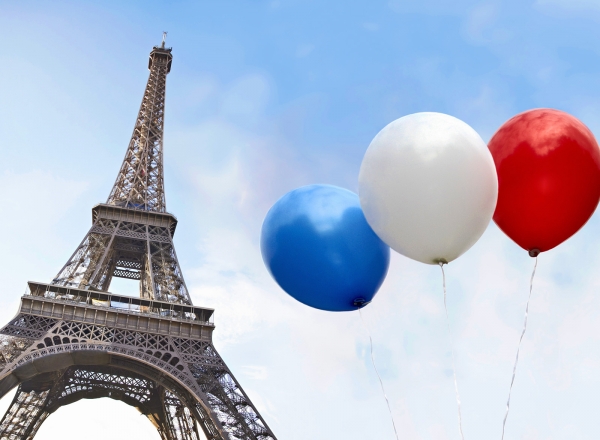 France is a semi-presidential republic with a head of government – the prime minister – appointed by the president who is the directly elected head of state. France’s territory consists of 18 administrative regions – 13 metropolitan (i.e. European France) and 5 overseas regions. All 5 of the overseas regions, as well as Saint-Martin (a French territory in the Caribbean) are considered part of the EU (with the status of outermost region). Strasbourg, a city in France, is one of the three official seats of the European institutions. The others are Brussels and Luxembourg City. Location on the EU map

The most important sectors of France’s economy in 2016 were public administration, defence, education, human health and social work activities (22.7 %), wholesale and retail trade, transport, accommodation and food services (17.6 %) and industry (14.1 %).

France in the EU

There are 74 members of the European Parliament from France. Find out who these MEPsare.

Council of the EU

In the Council of the EU, national ministers meet regularly to adopt EU laws and coordinate policies. Council meetings are regularly attended by representatives from the French government, depending on the policy area being addressed.

Presidency of the Council of the EU

The Council of the EU doesn’t have a permanent, single-person president (like e.g. the Commission or Parliament). Instead, its work is led by the country holding the Council presidency, which rotates every 6 months.

During these 6 months, ministers from that country’s government chair and help determine the agenda of Council meetings in each policy area, and facilitate dialogue with the other EU institutions.

Presidency of the Council of the EU

The Commissioner nominated by France to the European Commission is Pierre Moscovici, who is responsible for Economic and Financial Affairs, Taxation and Customs.

The Commission is represented in each EU country by a local office, called a “representation”.

Commission representation in FranceSearch for available translations of the preceding linkFR•••

France has 24 representatives on the European Economic and Social Committee. This advisory body – representing employers, workers and other interest groups – is consulted on proposed laws, to get a better idea of the possible changes to work and social situations in member countries.

European Committee of the Regions

France has 23 representatives on the European Committee of the Regions, the EU’s assembly of regional and local representatives. This advisory body is consulted on proposed laws, to ensure these laws take account of the perspective from each region of the EU.

Permanent representation to the EU

France also communicates with the EU institutions through its permanent representation in Brussels. As France’s “embassy to the EU”, its main task is to ensure that the country’s interests and policies are pursued as effectively as possible in the EU.

How much does France contribute and receive?

Member countries’ financial contributions to the EU budget are shared fairly, according to means. The larger your country’s economy, the more it pays – and vice versa. The EU budget doesn’t aim to redistribute wealth, but rather to focus on the needs of all Europeans as a whole.

Breakdown of France’s finances with the EU in 2016:

More figures on the EU budget, revenue and spending:

The money paid into the EU budget by France helps fund programmes and projects in all EU countries – like building roads, subsidising researchers and protecting the environment.

Find out more about how France benefits from EU funding.